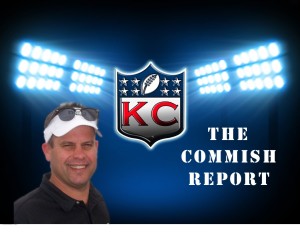 Well league members, if you’re an Iowa State fan and a Philadelphia Eagles fan, the ending of a game doesn’t get much better. Cyclone fans will have bragging rights for the next year and I’m sure they’ll take full advantage, particularly when the win was on Hawkeye home turf. Same thing with the Eagles, winning at Indianapolis and both games came down to a game winning field goal as time expired — exciting no doubt!

So, game 3 is in the books and we’ve got a good start to this year’s season–by that, I mean no complaints thus far 🙂 Congrats to the winners. Everyone have a good week and enjoy this early Fall weather. Until next week, Peace on you:)