Skip to content
Home » Knight Blog » Why Am I a Knight? Dan Schechinger 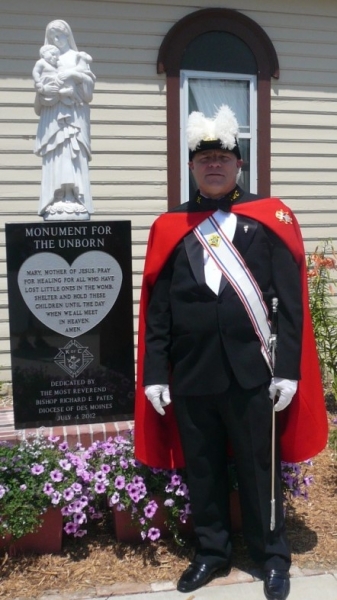 Offices held in the Order:  None

Hobbies and interests:  Wildlife and habitat

What comes to mind when I think of the K of C: Honoring men and women that have served in the parish and community.

I became a Knight to honor the men and women who have given a lot of time to the Catholic Church. I was approached several times by a couple knights who were ushering at the time when I would be on my way up to the balcony to film the mass at St. Michaels. They knew that I was involved with church activities like filming the mass, teaching CCD and on the St. Michaels board at the time. I began learning more about the knights and that is when I knew I wanted to honor the men and women that were involved in helping the church like my mom and dad, the Knights, and/or the Catholic Daughters.

The 4th Degree Knights just seemed to be a way to honor these people. I really enjoy being a 4th Degree Knight. I would just like to say to anyone that is thinking about becoming a knight, if you are already doing things for the church you are one step in that direction.