Skip to content
Home » Knight Blog » Why Am I a Knight? Dave Waldschmidt 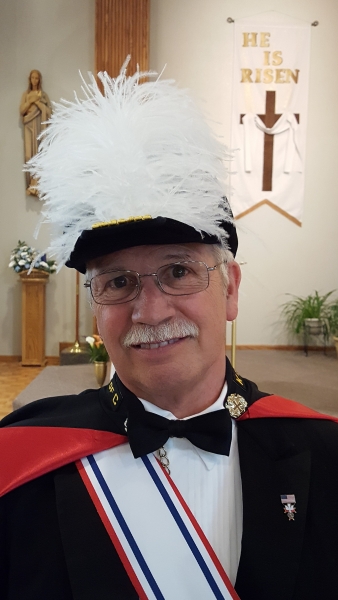 What comes to mind when I think of the K of C: Fraternal – Defender of the Faith

I first became a knight about thirty five years ago, to get to know people in the Emmetsburg area where my wife went to high school, and where she was working at the local greenhouse. That worked out well until we moved out of the area shortly after. We have since moved back, and a few years ago I decided it was time to get active with the council. Since then I was elected Deputy Grand Knight and now Grand Knight this last year. I will also be the Faithful Navigator for the Bishop Heelan Assembly this June.

While my initial involvement was strictly platonic, I have since come to realize a much deeper understanding of what it means to my faith, and use the Knights as a way to enhance my faith. I especially enjoy the Fourth Degree Assembly. I feel a deeper commitment to the ideals of Knighthood, and enjoy the camaraderie of the men from the other parishes. I always encourage council members to join the Fourth Degree and invite men to become members of the Knights of Columbus.