Skip to content
Home » Knight Blog » Why Am I a Knight? Rick Dotzler 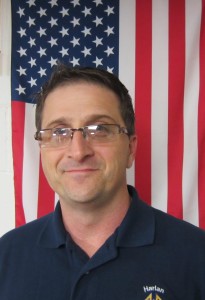 What comes to mind when I think of the KofC: Good men doing great things for others.

As the current Grand Knight it is my job to follow the extremely well written article from Fr. Frost with my own thoughts about why I’m a Knight.  My path may be similar to that of others who will read this blog and my hope is that it will encourage them to become more involved with the work we do as Knights of Columbus.

After college I moved to Rockford, Illinois with my wife to begin our careers as pharmacists.  After having kids we decided that we wanted them to grow up near their grandparents and in a community with a great school system so we moved to my hometown of Harlan in late 1999.  A few years later I joined the Knights after it was suggested by my dad.  I remember the degree exemplification as a powerful demonstration of the core values of Charity, Unity, and Fraternity.

So now I was a Knight . . . but that’s were it essentially stopped.  I think I worked at a few fish fries, but that was it.  I don’t recall ever being asked to help or participate in any way.  I was a Knight, but I didn’t seem to have a place in the Knights.  Maybe I was asked and just didn’t remember, or maybe the communication method at that time was just guys personally asking other guys to help and I wasn’t part of their network of acquaintances.

That changed when Financial Secretary Bob Kesterson made it known that the Knights needed help badly and if nothing was done there was no way to continue the Lenten Fish Fries.  So I went to my first Knights meeting and got to see what they did, how important it was, and how passionate the leaders where about their mission. Long time Knight Marvin Bissen nominated me that evening as the Deputy Grand Knight (to my great surprise) and I graciously accepted.

Since that first meeting I’ve learned a lot about the organization and what it stands for.  I stay involved with the Knights because it’s my way of putting my faith into practice.  I think that being a Catholic isn’t just about going to mass; it’s about caring for others the way that God cares for us; sharing our resources with people who are in need; protecting people who can’t protect themselves.  I also enjoy being around other men who share my values and work together to make good things happen.  There are some really great leaders in our council and I enjoy being around people with such strong convictions and “can do” attitudes.

As Grand Knight one of my main priorities has been to open as many lines of communication as possible to my fellow Knights and to men who may consider joining so that they will feel included and needed.  Since Bob’s call for help our Council has been steadily improving.  More people are participating and more charities are benefiting from our work.   I hope to keep the momentum going and continue to get more men involved.  The possibilities are endless if we help each other to help others.

5 thoughts on “Why Am I a Knight? Rick Dotzler”